Friday Favourites meme hosted by Something of the Book.

This weeks topic is EPIC JOURNEYS and there are some pretty epic journeys in literature! OBVIOUSLY The Hobbit and LOTR will be on here, they are the most epic journeys to ever grace this earth. However, I’ve thrown in some others for fun! 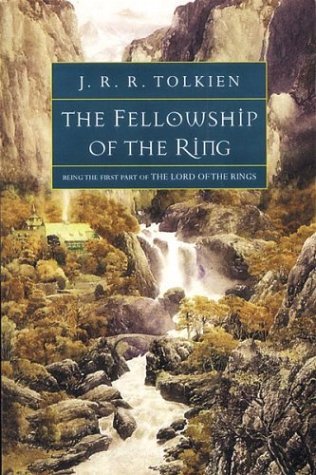 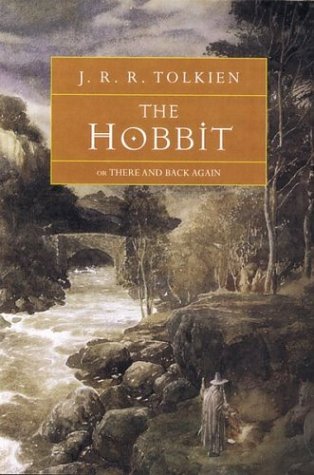 These need no explanation, if you’ve never read the books or seen the movies, I don’t know if we can be friends. These were my childhood growing up and I’ll love them until I die. These two stories are the most epic journey’s you will ever read.

Even the Darkest Stars by Heather Fawcett

This is a whirlwind of a journey through the mountains there are ice demons, ghosts, avalanches, the possibility of death around very corner, this is just fantastic.

Kamzin has always dreamed of becoming one of the Emperor’s royal explorers, the elite climbers tasked with mapping the wintry, mountainous Empire and spying on its enemies. She knows she could be the best in the world, if only someone would give her a chance.

But everything changes when the mysterious and eccentric River Shara, the greatest explorer ever known, arrives in her village and demands to hire Kamzin—not her older sister Lusha, as everyone had expected—for his next expedition. This is Kamzin’s chance to prove herself—even though River’s mission to retrieve a rare talisman for the emperor means climbing Raksha, the tallest and deadliest mountain in the Aryas. Then Lusha sets off on her own mission to Raksha with a rival explorer who is determined to best River, and Kamzin must decide what’s most important to her: protecting her sister from the countless perils of the climb or beating her to the summit.

The challenges of climbing Raksha are unlike anything Kamzin expected—or prepared for—with avalanches, ice chasms, ghosts, and even worse at every turn. And as dark secrets are revealed, Kamzin must unravel the truth of their mission and of her companions—while surviving the deadliest climb she has ever faced.

Honor Among Thieves by Rachel Caine

So, this is an epic journey through space. If you know me, then you know my dream is to be an astronaut (wont happen) so any type space adventure I love. This follows a thief as she’s sent on a mission with 100 other people, she has her own ship with one other person, the ship is ALIVE and they encounter a lot of trouble. I mean, it’s space, come on, epic.

Petty criminal Zara Cole has a painful past that’s made her stronger than most, which is why she chose life in New Detroit instead of moving with her family to Mars. In her eyes, living inside a dome isn’t much better than a prison cell.

Still, when Zara commits a crime that has her running scared, jail might be exactly where she’s headed. Instead Zara is recruited into the Honors, an elite team of humans selected by the Leviathan—a race of sentient alien ships—to explore the outer reaches of the universe as their passengers.

Zara seizes the chance to flee Earth’s dangers, but when she meets Nadim, the alien ship she’s assigned, Zara starts to feel at home for the first time. But nothing could have prepared her for the dark, ominous truths that lurk behind the alluring glitter of starlight.

The City of Brass by S.A Chakraborty

This isn’t your classic “epic journey” They don’t really journey a whole lot through the book but they encounter mythical creatures on their way to Daevabad, then being in Daevabad is a journey itself. Being thrust into a magical world you didn’t know existed? Epic.

Nahri has never believed in magic. Certainly, she has power; on the streets of 18th century Cairo, she’s a con woman of unsurpassed talent. But she knows better than anyone that the trade she uses to get by—palm readings, zars, healings—are all tricks, sleights of hand, learned skills; a means to the delightful end of swindling Ottoman nobles.

But when Nahri accidentally summons an equally sly, darkly mysterious djinn warrior to her side during one of her cons, she’s forced to accept that the magical world she thought only existed in childhood stories is real. For the warrior tells her a new tale: across hot, windswept sands teeming with creatures of fire, and rivers where the mythical marid sleep; past ruins of once-magnificent human metropolises, and mountains where the circling hawks are not what they seem, lies Daevabad, the legendary city of brass, a city to which Nahri is irrevocably bound.

In that city, behind gilded brass walls laced with enchantments, behind the six gates of the six djinn tribes, old resentments are simmering. And when Nahri decides to enter this world, she learns that true power is fierce and brutal. That magic cannot shield her from the dangerous web of court politics. That even the cleverest of schemes can have deadly consequences.

After all, there is a reason they say be careful what you wish for…