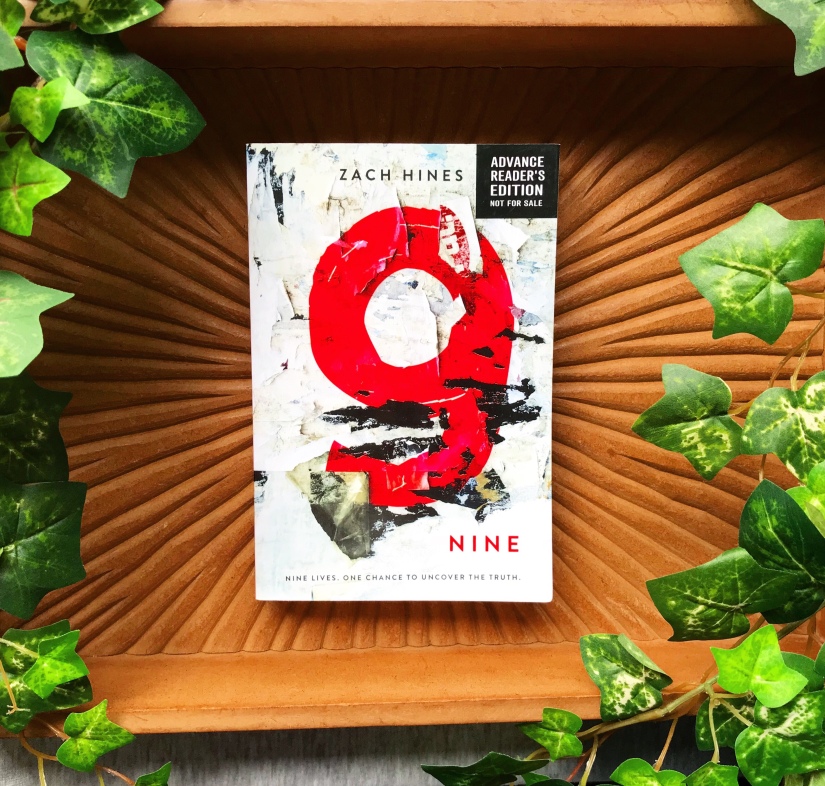 This was so weird but so interesting.

The book is full of strange death clubs, government secrets and conspiracies, weird super intelligent cats and cicadas(yes, you read that right!) and rebellion groups.

Basically the story is set in an alternate universe where people have nine lives. When they die their “life score” increases and they get benefits like money and better jobs etc. The main character Julian doesn’t want to die, hes on his first life which is unusual for someone his age. The more lives you burn through the more abnormalities (loss of colour, loss of taste, memory loss etc.) appear when they are reborn. Not only do more abnormalities appear but retrogression happens, this is when someone is reborn and cant remember anything about themselves, not even their name. After Julian burns he learns some pretty shocking truths about what actually happens when you die and some pretty shocking truths about the government.

This book starts off with a bang, literally!

At Julian’s school there is a prestigious death club called The Burners which everyone (except Julian) wants to be a part of. This group plans deaths and group deaths which they stream and upload online so everyone can see. But morbid, huh? The book starts off with Julian and his best friend Molly at a Burners party the night before school starts, and like I said this party goes off with a bang! This is basically the whole book where the deaths are done for a shock factor, some of them will make you think WTF. The author is incredibly creative.

Julian is a great MC he doesn’t want to fit the norm and doesn’t want to die. He doesn’t see the point and has seen first hand what burning can do to your mind. You’ll be rooting for him to find the truth and to stand for what he believes in. He makes some unlikely friends who are willing to help him because they share the same goals. He also gets himself into some pretty sticky situations. The one thing that kind of threw me off about Julian was how he spoke sometimes, he seemed very formal which doesn’t fit his personality or upbringing

Also, this author must love cats, and i’m here for that. Cats are mentioned throughout the book and play a role in the story. There are different types of cats, Lake cats and regular cats and the lake cats are incredibly intelligent. Praise all of the cats!

Overall this book was great. It was weird, interesting and creative! But the book leaves off as though there could be anothe, the story could continue and it leaves a few questions too. If there is another book I will be reading it.

*If you are squeamish about death or don’t want to read about suicide I wouldn’t recommend you read this. Because that’s basically what happens, people kill themselves to increase their life score, which is the premise of the book.

Thank you to HarperCollins for providing me with a copy for review.